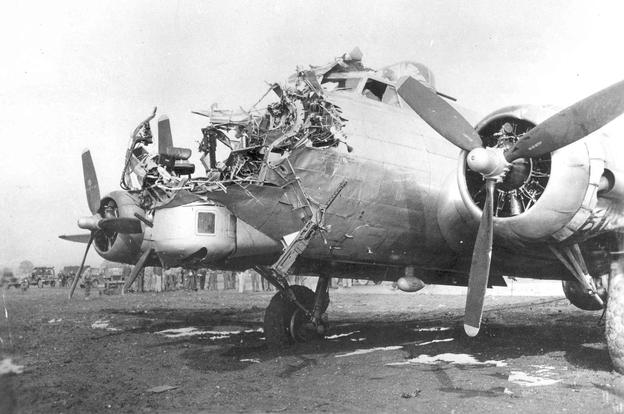 The Americans soon found out ,as had the Germans and the British earlier in the war , that even in skillful and courageous hands , bombers are no match for swarms of heavily armed fighters.

The B-17 could take a real beating and still return to England . 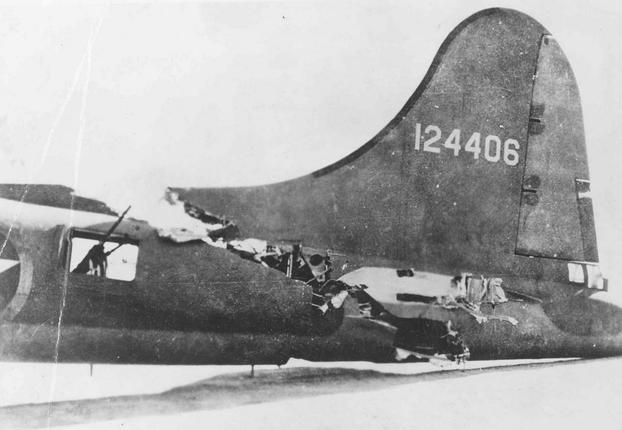 The long range  daytime   strategic bombing of Germany only became feasible after the arrival of long range fighter escorts , mainly the P-51 Mustang.

The B-17 dropped more bombs than any other American  aircraft. 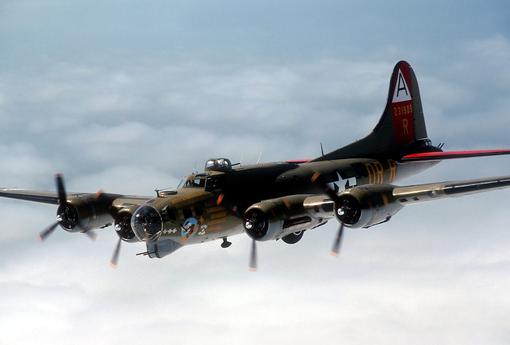 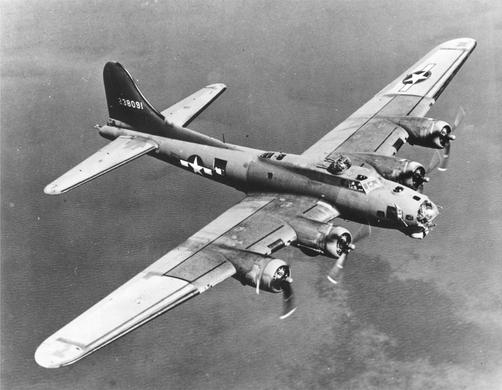 Prewar theory  was that the B-17 armed with up to thirteen .50 caliber machine guns and flying in large numbers could fight its way to and from heavily defended targets.

The B-17 served in many places but is best remembered for its role in the strategic bombing campaign against Germany.