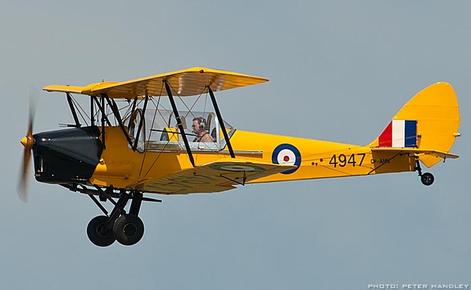 This small biplane was the novice pilots introduction to flying .It was easy to fly but hard to fly well and  was the perfect airplane to let instructors sort out who should continue training as a pilot  and those who should be doing other things.

It was the ideal trainer and was used eventually by 39 different nations .

They served as military trainers from 1932 until 1959. Survivors are now sought after sport aircraft   and a very nice one will cost you close to 100,000 dollars.

They were built in large numbers .Over 7000  made in Britain , 155O in Canada , over 1000 in Australia  as well as smaller numbers in New Zealand , Sweden , Portugal and Norway. 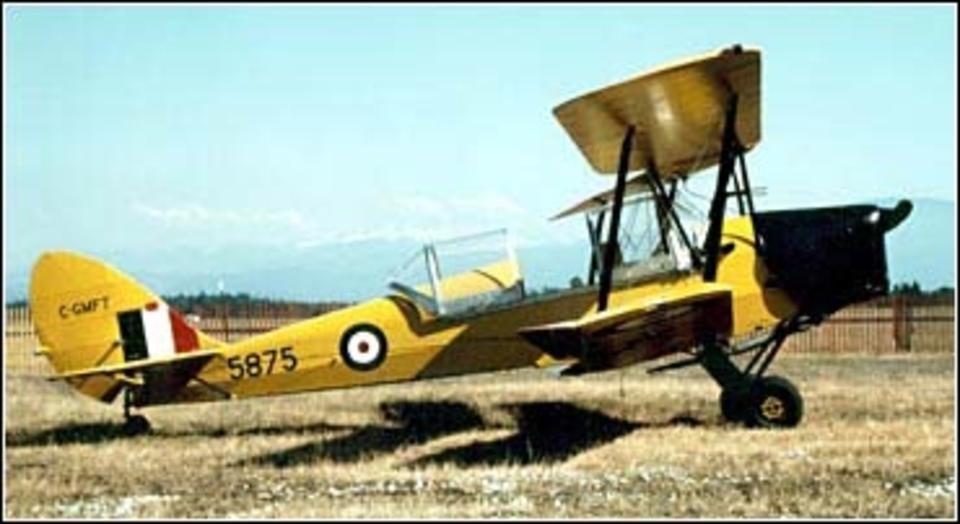 The Tiger Moth was a very safe machine because it would give plenty of warning before entering a stall or a spin .